“The net positive suction head in feet of liquid absolute determined at the suction nozzle and referred to datum less the vapor pressure of the liquid in feet absolute.”

This sounds pretty complicated, but let’s try to simplify it a bit as it is very important in pump selection.

N.P.S.H. can also be defined as the combination of atmospheric pressure and static suction head that causes liquid to flow thru the suction piping and finally enter the eye of the impeller.

From that it can be seen that N.P.S.H. is very important to successful operation of a pump.

2) N.P.S.H.A — Available in the system and must be determined by calculation. 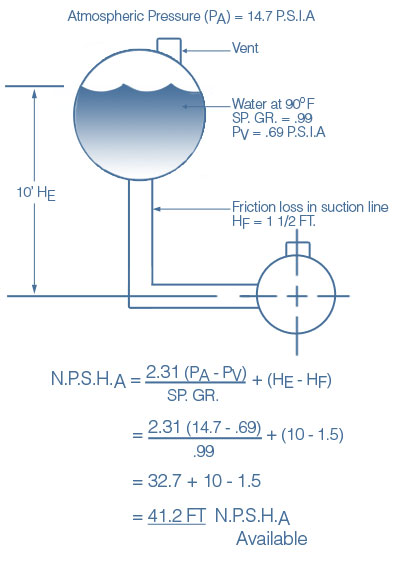 GOOD!
Should be no problem to select a pump to perform satisfactorily[/collapse] 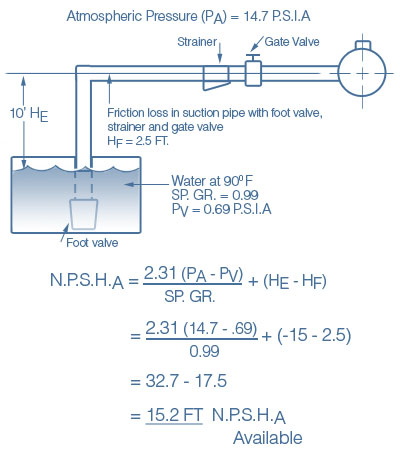 In selecting the pump it would be necessary to see that the N.P.S.H.R Req did not exceed 13 to 14 ft. at the duty point, otherwise noise and cavitation would occur at the pump.[/collapse]

[collapse title=”FINAL NOTE” id=”note” open=”y/n”]
For many pumping applications, the eyeballing approach may be acceptable, HOWEVER for critical applications handling hot water or high lift, it is well worth the time to carefully check the system head and N.P.S.H requirements.
It could prevent a lot of field problems after the pump is installed.[/collapse]
[/collapse_group] 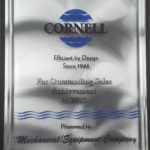